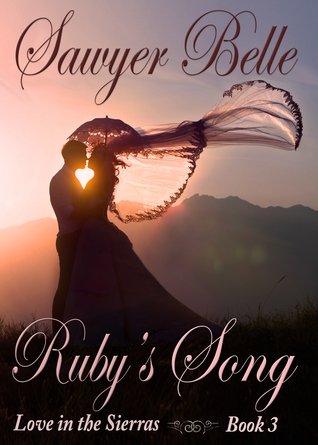 Marlena Beauregard abandoned her life in the west to pursue her dream of studying beneath the great Opera Queen. Only that dream becomes a nightmare she can’t escape, and she is forced to take matters into her own hands. When she comes face-to-face with the man who stole her heart as a youth in Virginia City, she is torn between the world she left behind and the future she had planned, knowing that whichever one she chooses, a loved one will be sacrificed.

Dalton Cunningham is known as a ruthless hired gun on the eastern slopes of the Sierra Nevada Mountains. He is fierce, deadly and protective of those he loves. The son of a Madam and raised among brothels, he has no illusions about his place in the world. But when an unexpected voyage lands him in the thick of Boston society and he is bewitched by a beautiful aristocratic songstress, his heart is set, and he will not be denied. Yet his love has put her life in danger.

From the ornate mansions of Boston to the wild, windblown slopes of the Sierras, they must fight to overcome the boundaries of propriety, peril and pride.

5 stars. No surprise there. I’ve been a fan of this author since the first time I read a book of hers and I’m pretty sure I’ve mentioned that before either in my previous reviews or when we featured Sawyer Belle here on KH Book Reviews. The second this book was announced as released, I ran to Amazon and got a copy of it. I knew story of Marlena and Dalton will not be short of epic, but I still wasn’t ready of how this story would turn out.

Once again this author weaved another poignant story of love and passion between two souls, diversed as well with a bit of humor and even suspense.

Marlena and Dalton are two wonderful characters. If you’ve been following the series (which I highly recommend you do if you don’t), you would not have expected them to pair up and surprisingly, by the time I read this book, I couldn’t imagine them being with anyone else. Reading about them while they were in the sidelines in the previous books is what makes them even more endearing, and then when you finally get to this book, they will surely tug on your heartstrings.

I don’t think it’s necessary for me to go into detail about this story. Just read it and you’ll see why I’ve done nothing but gush about this book and this author.

I’m a Las Vegas native who enjoys the travels and turbulence of a good story. I love history and I love having an intense love to cheer for and that is what I try to offer my readers: an adventure of heart and history.

One thought on “Ruby’s Song by Sawyer Belle”

The books that we review on KH Book Reviews are either purchased by us or have been provided by the authors and/or publishers in exchange for our honest reviews. We receive no monetary compensation for any of these reviews.